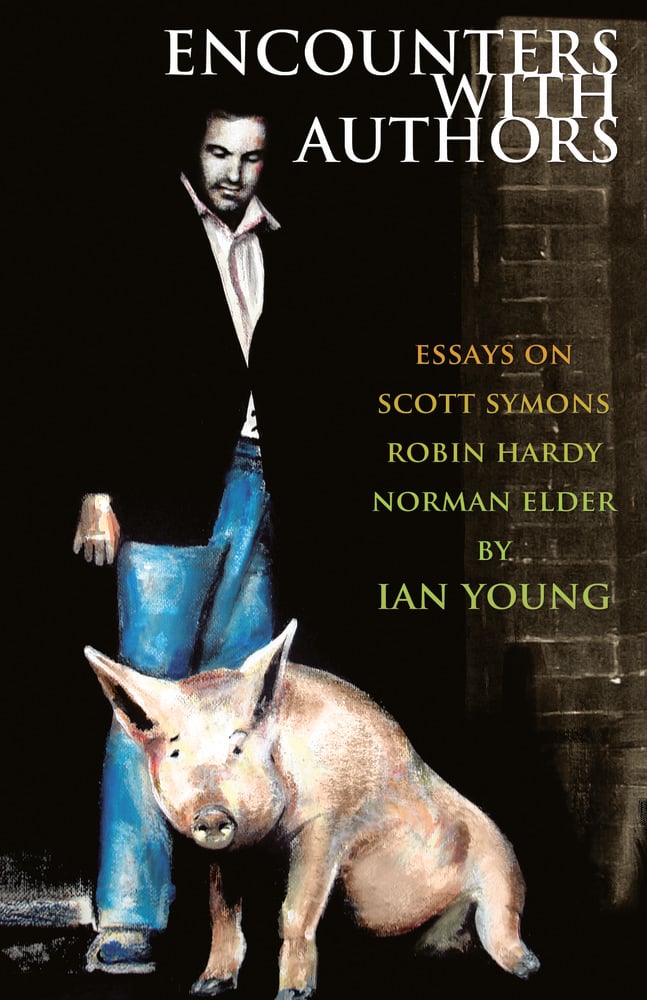 Encounters with Authors by Ian Young

Published by Sykes Press and distributed with the help of Sibling Rivalry Press, ENCOUNTERS WITH AUTHORS is a memoir of three extraordinary Canadians, remembered with affection, insight and wit: Scott Symons, award-winning journalist who exchanged a privileged background for a life in exile as scandalous as his revolutionary fiction; Robin Hardy, who abandoned a promising future as an attorney to advocate for the emerging gay movement, defying the "ticking time bomb" in his veins to challenge the orthodoxies of the AIDS era; and Norman Elder, a explorer, painter, poet and Olympian, whose multifaceted career was cut short by a law deemed obsolete for a quarter of a century.

Ian Young is the author of Sex Magick, The Stonewall Experiment: A Gay Psychohistory and Out in Paperback: A Visual History of Gay Pulps. His essays, poems and stories have appeared in numerous international anthologies including The Golden Age of Gay Fiction, A Casualty of War and Bizarre Dreams. He lives in Toronto.

The Fabulous Ekphrastic Fantastic! by Miah Jeffra
$18.00
Boss Broad by Megan Volpert, Georgia Author of the Year Award Winner
$19.95
Inside/Out by Joseph Osmundson
$17.00 — Sold out
1976 by Megan Volpert
$19.76
You might also like