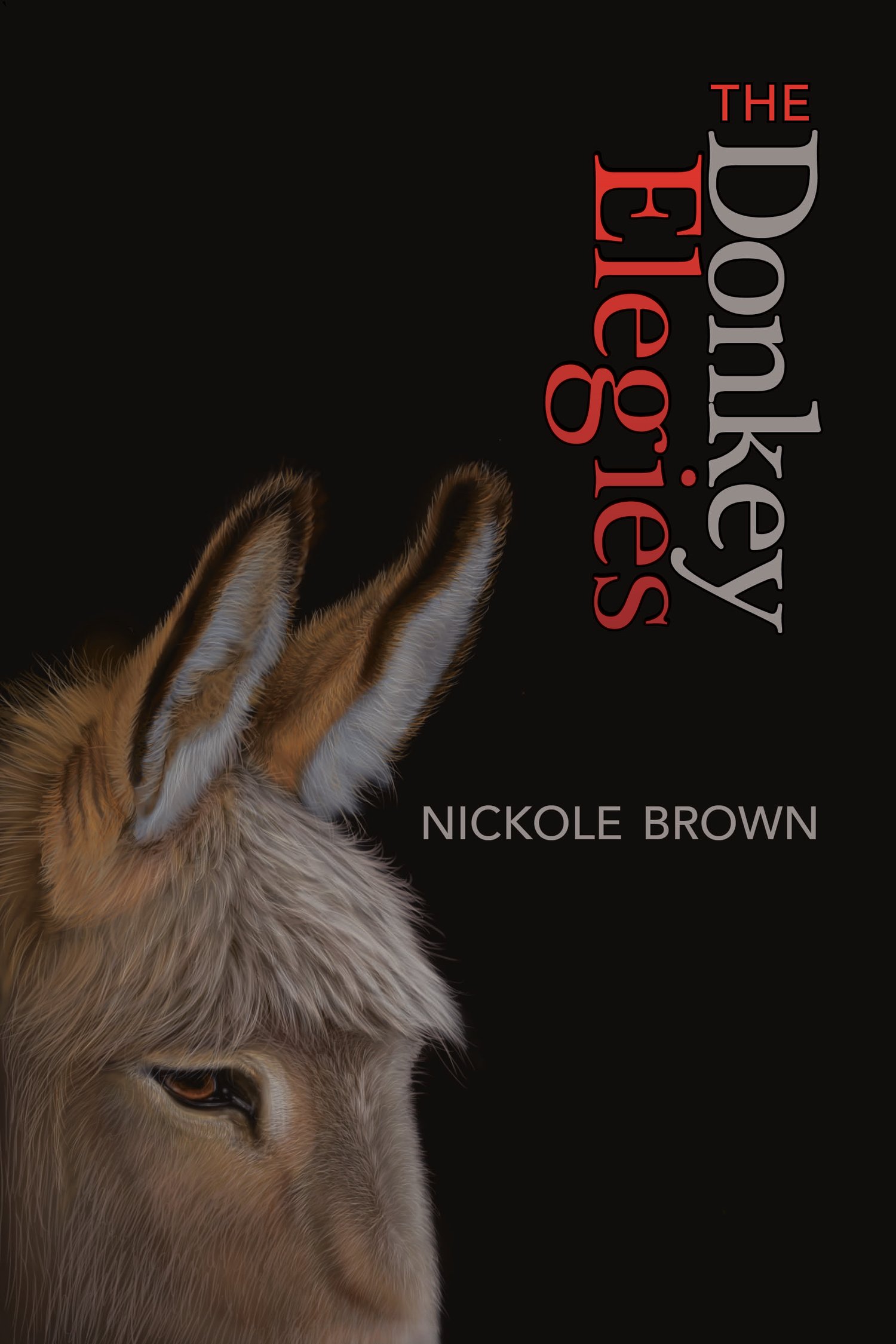 The Donkey Elegies by Nickole Brown

An Essay in Poems
The Donkey Elegies closely examines an animal’s history, tracing how one species hauled the stones that built our civilizations, plowed the fields that fed generations, and carted soldiers and weapons from war to war. The poems undo the brunt end of every lewd joke and unearth the sacred origins of a creature we rarely consider except as melancholy cartoon or dumb, stubborn brute. In these twenty-five linked pieces, a truth is made real: that we must cherish each living thing, each animal, each human being for all their worth.

---
PRAISE FOR THE DONKEY ELEGIES

“We no longer live lives close to those necessary others who are here with us, the animals, and so there is in us a great lack—of wisdom, of empathy, of attention. For this, Nickole Brown's book-length poem The Donkey Elegies might well be first remedy. With great wisdom and empathy, and with exquisite attention to history, culture, language, gender, memory, and the beautiful, weary world about us, Brown allows us to truly see and for a blessed moment be with that most humble of beasts, and in so doing she challenges us to turn to the holinesses in our own worlds, to hold them close—closer yet.”

—Joe Wilkins, author of Fall Back Down When I Die and When We Were Birds

“In The Donkey Elegies, Nickole Brown sets out to cleanse our wounded sight, nourish our withered assumptions, and crack open the narrow cage of our souls. By restoring dignity to our misunderstood kin, she asks us to explore along with her the origins of humans’ self-serving stories and reflect on the ways clichés of language and thought perpetuate violence and diminishment. True seeing, addressing occlusions of one’s own moral sight, requires a concerted vulnerability on the part of the writer, and here, Brown’s gorgeous language is infused with radical tenderness, authentic surprise, and restless curiosity. As acts of rescue, reclamation, and repair, her poems serve as extended heart-songs to all of us, and especially to the least of us.”

—Lia Purpura, author of All The Fierce Tethers and Rough Likeness

Nickole Brown received her MFA from the Vermont College, studied literature at Oxford University, and was the editorial assistant for the late Hunter S. Thompson. She worked at Sarabande Books for ten years. Her first collection, Sister, a novel-in-poems, was first published in 2007 by Red Hen Press and a new edition was reissued by Sibling Rivalry Press in 2018. Her second book, a biography-in-poems called Fanny Says, came out from BOA Editions in 2015 and won the Weatherford Award for Appalachian Poetry. The audio book of that collection came out in 2017. Her poems have, among other places, appeared in The New York Times, The Oxford American, Poetry International, Gulf Coast, and The Best American Poetry 2017. She has received grants from the National Endowment for the Arts, the Kentucky Foundation for Women, and the Kentucky Arts Council. She was an Assistant Professor at the University of Arkansas at Little Rock for four years until she gave up her beloved time in the classroom in hope of writing full time. Currently, she teaches periodically at a number of places, including the Sewanee School of Letters MFA Program, the Great Smokies Writing Program at UNCA, Poets House, the Poetry Center at Smith College, the Palm Beach Poetry Festival, and the Hindman Settlement School.

She currently lives with her wife, poet Jessica Jacobs, in Asheville, North Carolina, where since 2016 she’s volunteered at four different animal sanctuaries. She’s at work on a bestiary of sorts about these animals, but she doesn’t want it to consist of the kind of pastorals that always made her (and most of the working-class folks she knows) feel shut out of nature and the writing about it—she yearns for poems to speak in a queer, Southern-trash-talking kind of way about nature beautiful, damaged, dangerous, and in desperate need of saving. A chapbook of the first nine poems called To Those Who Were Our First Gods won the 2018 Rattle Chapbook Prize. The Donkey Elegies is the second result of this project. 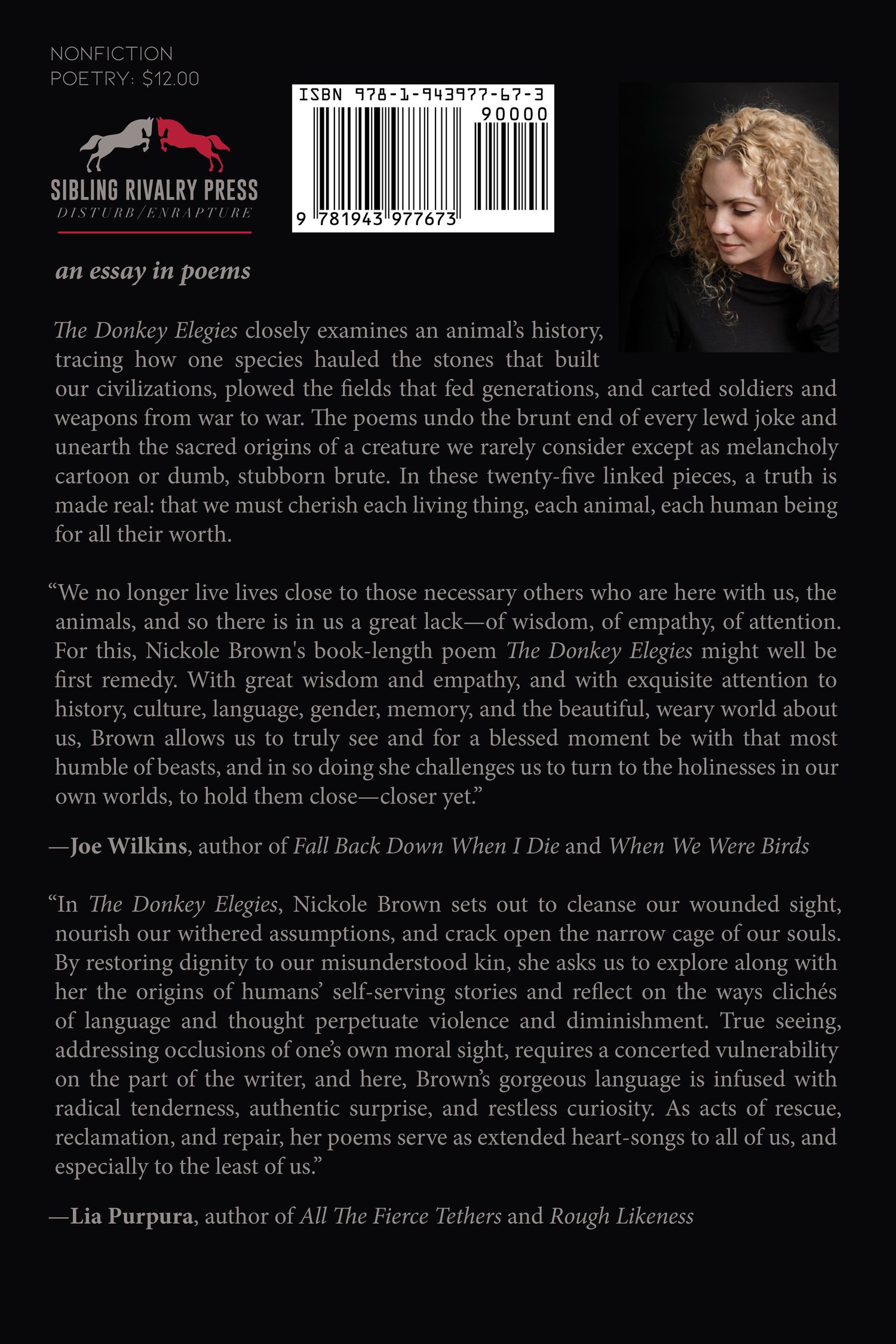 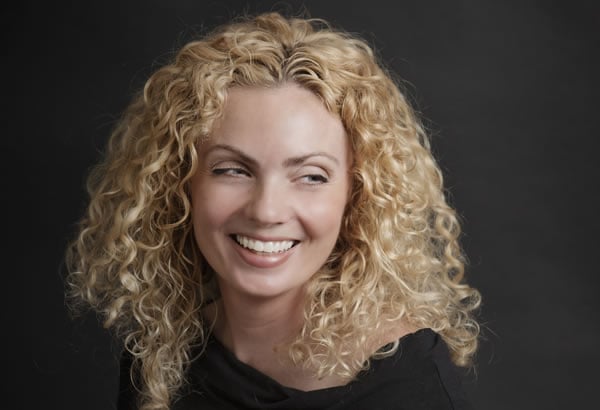 Lesbian Fashion Struggles by Caroline Earleywine
$12.00
Sagittarius A* by Ben Kline
$12.00
Reconstructions by Bradley Trumpfheller
$12.00
God's Boy by Andrew Hahn
$12.00
Everything Here by Billie Swift
$12.00
Breath of Eden by James Kangas
$12.00
Star Map with Action Figures by Carl Phillips
$12.00
I Miss You, Delicate (THE SAD, SWEET ONE) by Baruch Porras-Hernandez
$12.00
Lovers of the Deep-Fried Circle (THE FUNNY ONE) by Baruch Porras-Hernandez
$12.00
the specimen's apology by George Abraham
$15.00 — Sold out
Revelations by Ruben Quesada
$10.00
Corporal Muse by Allison E. Joseph
$12.00
Where Wind Meets Wing by Anthony Frame
$10.00
Tourist by Bryan Borland
$10.00
Revisions by Eric Tran
$12.00
Touched by Luther Hughes
$12.00
Death by Sex Machine by Franny Choi
$12.00
Tertulia by Seth Pennington
$10.00
Portrait of the Alcoholic by Kaveh Akbar
$12.00
Adventures in Property Management by Chelsea Werner-Jatzke
$12.00
In Whatever Light Left to Us by Jessica Jacobs
$12.00
All the Rage by sam sax
$12.00
Tonight, We Fuck the Trailer Park Out of Each Other by C. Russell Price
$12.00
The Evolution of Parasites by Emily Jaeger with Illustrations by Robin Levine
$12.00
Sad Girl Poems by Christopher Soto
$10.00 — Sold out
ALA Over the Rainbow Title! Hook by Peter LaBerge
$12.00
Top 10 ALA Over the Rainbow Title! When the Only Light Is Fire by Saeed Jones
$12.00
I'm So Fine: A List of Famous Men & What I Had On by Khadijah Queen (DIGITAL CHAPBOOK)
$3.00
SRP $10 CLASSIC! Fat Girl by Jessie Carty FREE U.S. SHIPPING!
$10.00
FINAL PRINT RUN! ALA Over the Rainbow Title: Burnings by Ocean Vuong
$10.80 — Sold out
To the One Who Raped Me by Dustin Brookshire
$10.80
Close by Tracy Jeanne Rosenthal: an SRP Digital Chapbook (eBook)
$1.00
Fag Hag - A Scandalous Chapbook of Fabulously-Codependent Poetry
$10.80 — Sold out
You might also like