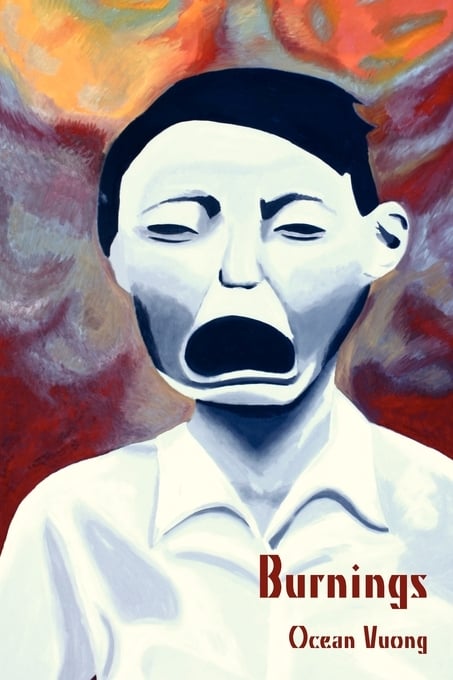 FINAL PRINT RUN! ALA Over the Rainbow Title: Burnings by Ocean Vuong

Ocean Vuong's BURNINGS has reached the end of its print run and we are now sold out. We are proud to have published Ocean's first chapbook.

If you are looking for more Ocean, try Assaracus Issue 08, which contains multiple poems by Ocean, including "Self-Portrait with Exit Wounds," for which Ocean won a Pushcart Prize.

Included on the American Library Association's OVER THE RAINBOW list of recommended LGBT reading for 2012 -- "'I was born because someone was starving…' ends one of Ocean Vuong’s poems, and in that poem, as in every other of his poems, Ocean manages to imbue the desperation of his being alive, with a savage beauty. It is not just that Ocean can render pain as a kind of loveliness, but that his poetic line will not let you forget the hurt or the garish brilliance of your triumph; will not let you look away. These poems shatter us detail by detail because Ocean leaves nothing unturned, because every lived thing in his poems demands to be fed by you; to nourish you in turn. You will not leave these poems dissatisfied. They will fill you utterly." - Roger Bonair-Agard, two time National Slam Champion, author of Tarnish and Masquerade

Burnings – A chapbook of poetry by Ocean Vuong (Cover art by Ashley Blazawski). The poems of Burnings explore refugee culture, be the speaker a literal refugee from a torn homeland, or a refugee from his own skin, burning with the heat of awakening eroticism. In this world, we’re all refugees from something…

Purchasing through the SRP store gets you 10% off the retail price! 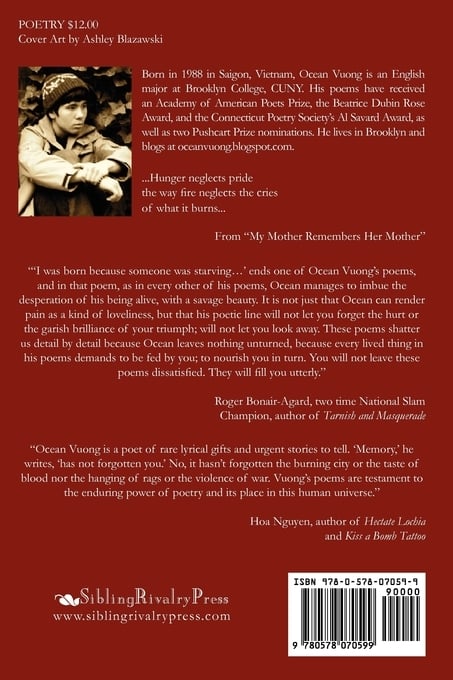 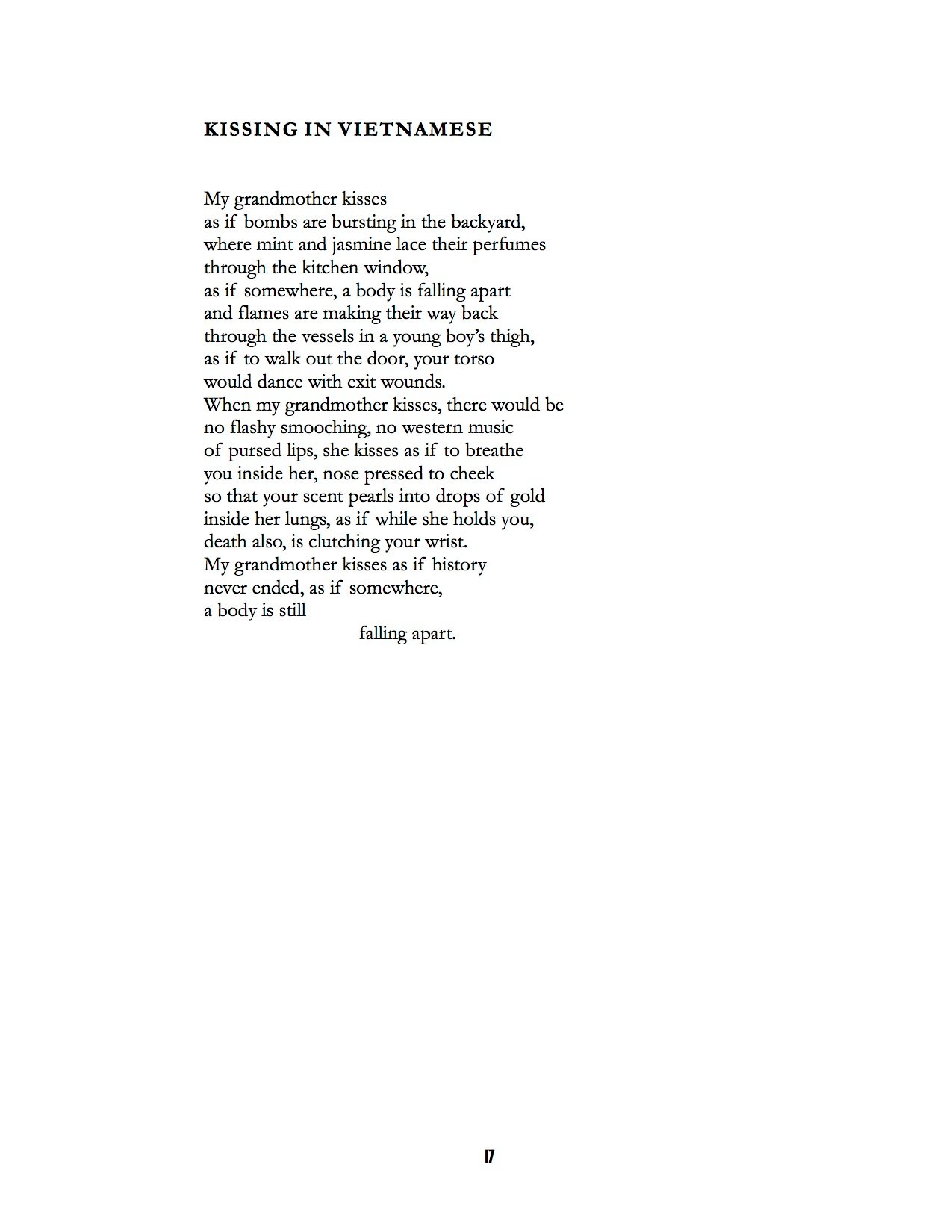